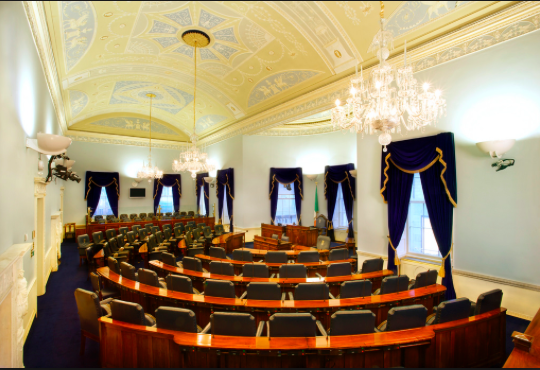 Seanad Éireann needs to be restructured and reformed to bring it into line with international best practice for Second Houses of Parliament.

Reforms that I support include:

Retention of the vocational concept with legislative change to ensure access to nomination for as wide a range of candidates as is necessary to reflect the complexity and diversity of modern Irish society.

All 43 of the Panel seats for the vocational panels to be elected by popular vote.

Principle of one person one vote so that citizens who are eligible to vote in the university constituency must opt to vote either in that constituency or on one of the five panels available to all citizens.

The primary function of the Seanad, the scrutiny, amendment and initiation of legislation, be augmented so that Seanad Éireann can make a distinctive contribution to the work of the Oireachtas.

Report of the working group on Seanad Reform 2015

The Role of the Seanad Éireann

The main business of Seanad Éireann (Senate of Ireland) is the revision of legislation sent to it by Dáil Éireann. The Seanad is the upper house of the Oireachtas (the Irish legislature), which also comprises the President of Ireland and Dáil Éireann (the lower house). It is commonly called the Seanad or Senate and its members senators (Seanadóirí in Irish, singular: Seanadóir).

Seanad Éireann can initiate and revise legislation but under the Constitution its legislative role is restricted in that it cannot initiate Money Bills (i.e. financial legislation), and can only make recommendations but not amendments to such Bills.

Seanad Éireann cannot delay indefinitely legislation which has already been passed by Dáil Éireann and cannot initiate Bills to amend the Constitution.

The Electorate and Voting System

Every citizen of Ireland over 21 years of age who is not disqualified by the Constitution or by law is eligible to be elected to the Seanad.

The Seanad is composed of 60 members, 11 members are nominated by the Taoiseach, 43 are elected from panels of candidates representing specified vocational interests and 3 members are elected by university graduates in the National University of Ireland and 3 members in the University of Dublin (Trinity College). Every citizen of Ireland who is at least 18 years old and who has received a degree, other than an honorary degree, from the university concerned is entitled to be registered as an elector.

Voting is by post and the election is held in accordance with the principles of proportional representation each elector having a single transferable vote. When issuing ballot papers, the returning officer also issues a form of declaration of identity that must be completed by the elector in the presence of a witness and returned with the ballot paper. The count is conducted in the same manner as a count at an election of the members of the Dáil.

To register to vote in the Seanad election download this form and return asap it to:
Student & Graduate Records Team, Academic Registry, TCD

The law relating to the election of members to the Seanad is contained principally in: