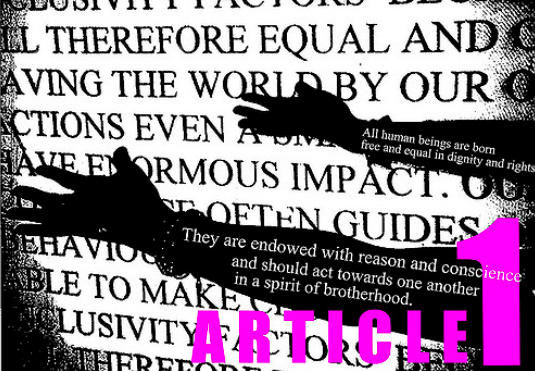 Article 1 of the Universal Declaration of Human Rights, 1948 states:

Stigma and ageism are major barriers to the realisation of the human rights of older adults. Older people should enjoy the same rights as everyone else.

Older people are often seen, by others and by themselves, as a burden and recipients of care rather than rights holders. Stigma is multiplied in the case of older people with a disability such as dementia. Approximately 36% over 65s have a disability.

Older adults and people with disability are members of the general public and should not be marginalised, excluded or consigned to the appendices of policy documents. Legislation, policy and practices needs to be inclusive and human rights and equality compliant. The rights for older people need to be enshrined in a formal way. It is unlikely that the human rights of older persons will ever be realised without a voice in government.

In line with United Nations Recommendations we need to:

The plan should include:

Article 1 of the Universal Declaration of Human Rights, 1948 states:

Human rights are based the on principles of equality, dignity and mutual respect and are about being treated fairly and treating others fairly. We are all equally entitled to these rights without discrimination regardless of our age, gender, sexual orientation, disability, religious belief, family status, civil status, membership of traveller community, race, nationality or ethnicity. If elected to the 25th Seanad I will forensically examine any legislation that is sent to the Seanad for revision to ensure that these rights are upheld.

While continuing its commitment to advancing global human rights Ireland must also progress its domestic human rights compliance. If elected I will support recommendations to strengthen, protect and uphold human rights in the state.

Ireland will benefit from an inclusive society based on respect for  human rights and equality. I will work to promote understanding and awareness of the importance of human rights in the State and will advocate for investment in related educational and research activities.

The Interdepartmental Committee for Human Rights (IDCHR) was established in 2015 to improve coherence in the signature and ratification of treaties and fulfilment of reporting obligations.

A dualist legal system operates in the State such that ratification of international treaties does not have automatic effect at domestic level. The majority of international human rights treaties that Ireland has ratified have not been incorporated into law. I will call on the Government to improve its track record beginning with ICRPD and OPCAT.